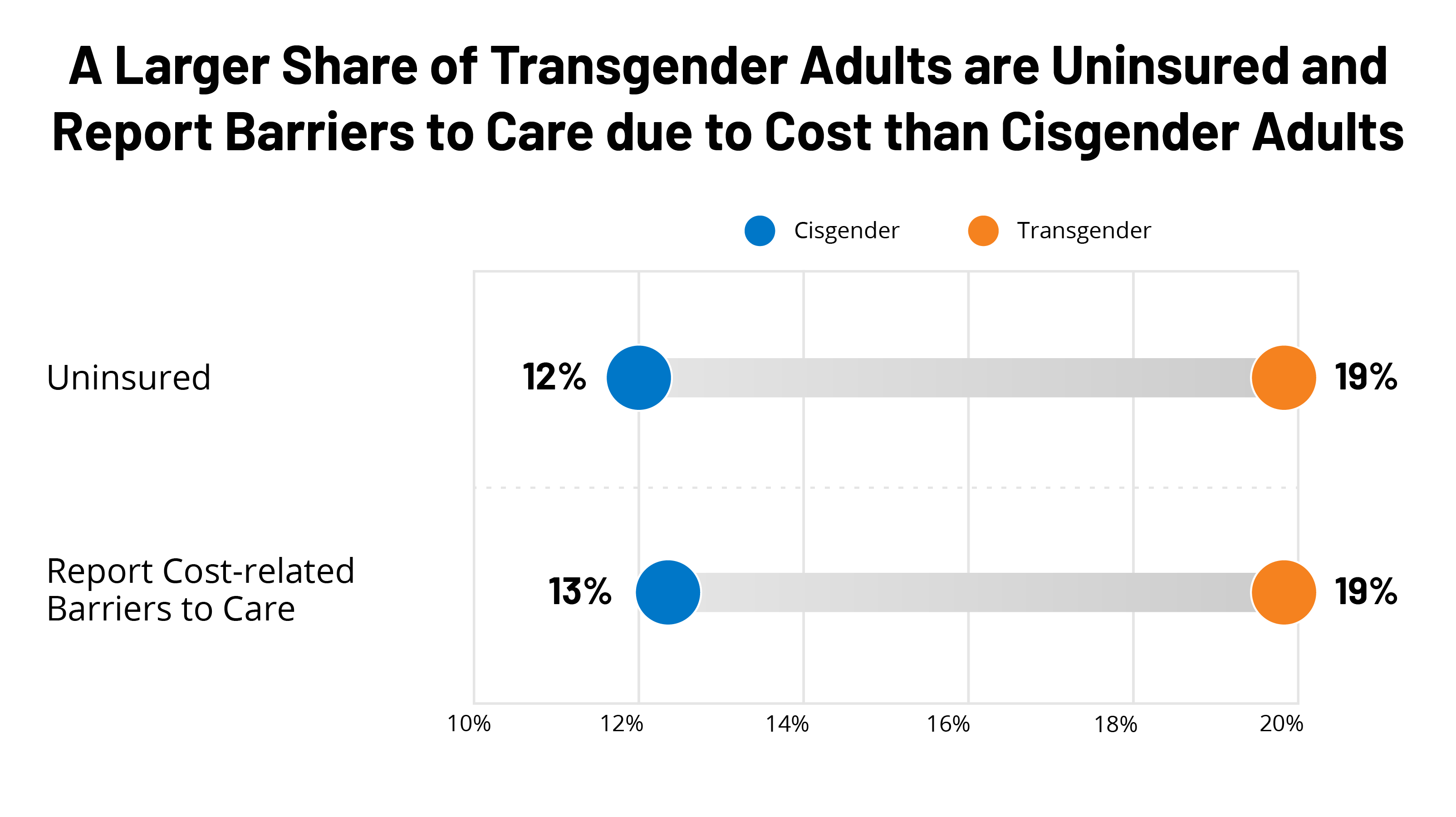 On June 12th, the Trump Administration released a final regulation implementing Section 1557 of the Affordable Care Act, and revising an Obama era rule. In it, the administration removed explicit nondiscrimination protections based on gender identity and sexual orientation in health care. In light of a recent Supreme Court decision, and based on other legal grounds, five lawsuits are currently challenging the Trump Administration rule and blocking its implementation. If the explicit protections provided under the Obama era rule are lifted, it could be easier for health care providers to refuse to see individuals who are transgender or who do not conform to traditional sex norms. Explicit protections on the basis of sexual orientation and gender identity could have significant and lasting implications for LGBTQ people, including the estimated 1.4 million transgender adults living in the US.

This analysis seeks to better understand the experiences of transgender people in the US health care system. We examine the demographic characteristics of transgender adults ages 18 and over and their access to health care. We analyzed pooled, cross-sectional data from a subset of the 2017 and 2018 Behavioral Risk Factor Surveillance System (BRFSS). We consider adults to be transgender based on their response to survey questions and define all other adults to be cisgender.

Past research shows that younger adults report lower incomes, and that people of color are also more likely to be uninsured, which may  explain some of the differences in demographic characteristics and insurance coverage. However, it has also been suggested that demographic differences alone do not completely explain why transgender adults experience more difficulty in accessing care in certain circumstances than their cisgender peers do.

Our analysis suggests that transgender adults experience barriers to care even with the Section 1557 health care protections based on gender identity in place. Removing these protections may exacerbate already-existing access problems, which may lead to increased barriers to care among these adults, at a time when access to health care is critical.

This work was supported in part by the Elton John AIDS Foundation. We value our funders. KFF maintains full editorial control over all of its policy analysis, polling, and journalism activities.